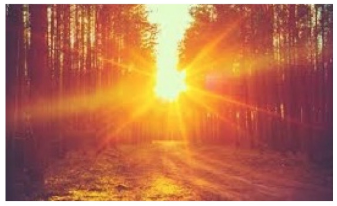 November 4, 2019 by clevercow in Uncategorized Comments Off on Connections

A friend of mine went a bit nuts when a series of coincidences started happening to her. She was seriously considering contacting someone and within a day or so that very same someone called her first. She couldn’t believe it, and was further amazed that they brought up the very thing that she wanted to discuss.

People have become so much more accepting and open to these things that this story is not so unusual anymore, but for my friend it was. And it was a confirmation of sorts. She patiently listens to all my stories of how I connect with spirit and they give me messages and signs throughout my day, but she herself hadn’t really experienced it.

Now, I’m a psychic medium, so I get things that are probably out of the ‘normal’ range, and I realize that she, in some abstract way, believes me (she loves me and therefore indulges me, I know it), but now she was off the charts excited about this undeniable and mysterious connection.   I was loving it.

One of the first things I realized when I started this work, is that it is not my job to convince anyone that spirit is really around us. Every person must see for themselves that inexplicable things are happening and that energy is not as mysterious as we once thought.

They have to be shown in a way that breaks through their own barriers of disbelief and skepticism.

It is fun, however, to see the face of someone who is skeptical when I give them evidence that a loved one is still around. The skeptic is usually a husband or brother of the woman who is hosting a group reading at her house, and they join in to check things out…and give me the hairy eyeball!

They wait, like Houdini’s widow, for the one thing they have decided will convince them.

I had a gentleman recently who flat out told me at the beginning of a session that he was only there to prove it was all ‘bull’ (his word). His mortified wife sat next to him rolling her eyes and folding her arms. At this point I am already getting information and starting to read the room.

Of course within a few moments he is recognizing the person ‘coming through’.

It was his father.

He sat up as I described him. He blinked once or twice, shook his head yes for confirmation when I asked if he understood the information his father was giving him, and then things really took off.

He has a big Italian family on the other side and so help me they were all there. Every time I said a name or gave a description he would sheepishly raise a hand (it was precious) and the group would collectively groan. (And for you SNL fans, no his name was not Sal…).

He was truly a sweet man, and I think we should be skeptical of things we don’t understand. But he was changed after that. Afterwards he told me how much it meant to him and said all the things someone new to mediumship would say.  His wife was very funny in her reaction, she rolled her eyes.

You’ve got to love it.

Almost every psychic or medium will say that everyone has the capability to ‘tap in’ on their own, I believe this as well, but it’s so much better to get information from someone who doesn’t know you or your loved one for a more convincing feeling.

Just remember to keep an open mind and don’t come up with some collusional word or phrase to see if the connection is real. If it’s real, you will know it. There will be enough evidence to convince you, not to mention the energy in the room will be tough to ignore. There is so much more going on than we can see, and if I wasn’t getting it first hand I would be skeptical too, as my friend was. She needed to be convinced on her own, and although she has a strong faith in Spirit, that’s not always enough.

Physicists are doing more and more research with energy that will bear out that we go on after these bodies wear out.      We continue in another realm, whatever that may be.

I feel it, hear it and sometimes see it, but I still like confirmation.

Be open to the energy of your loved ones and know that they and your Angels and Guides are working toward the very same goals you have set for yourself. It brings to mind my mothers favorite saying… “God works in mysterious ways…”

Isn’t that the truth.